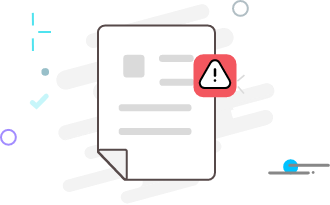 As per the situation and severity of the plagiarism. Plagiarism is categorized into the following categories.

Some of the well-known types are listed below:

All of these types actually refers to stealing someone else’s content but having some differences according to the situation.

A person can’t differentiate anything as the punctuation, the language the writing style is copied to such extent there is no difference left behind between the two texts.

In other words full plagiarism involves stealing someone’s work by copying word to word, without any original content involved by the writer. This practice is usually done by people lacking interest or knowledge in a particular subject, and not performing a plagiarism test while writing.

Most of these people are students as they copy-paste when they run out of ideas and words to jump-start their work.

This kind of plagiarism may lead to serious consequences which can range from suspension to termination, if Academic Integrity is not take into consideration while writing.

By Writer: Adaptation is an international, peer-reviewed journal, offering academic articles, film and book reviews (including both book to screen adaptations and screen to book adaptations), popular and ‘classic’ adaptations, theatre and novel screen adaptations, television, animation, soundtracks, production issues and genres in literature on screen.

There is no difference between both just copy and paste and this is actually complete plagiarism. https://academic.oup.com/adaptation

Paraphrasing to some extent referred to summarizing some text but in real it have some differences. Paraphrasing content is to alter some words but keeping the idea of the text the same. This may look original text but also involves plagiarism as the idea is not changed, you are actually using someone else’s idea in your text. To avoid paraphrasing plagiarism only use quality paraphrasing tool.

The underlined words and sentences are those that are altered to make the text look more appropriate and for an easy understanding of the main idea.This text may not look plagiarized as a change of words and altering of sentences makes it look unique to some extent but not quoting the source will cause plagiarism.

If used properly, paraphrasing a text is a great technique to understand a concept by using own words and phrases but keeping the idea the same. Paraphrasing is mostly used to avoid quotations but the actual use is to express someone’s idea in your own words in case if you think the original idea needs some changes before quoting. Most importantly quoting is necessary. As an example;

Original: Any trip to Italy should include a visit to Tuscany to sample the region's exquisite wines.

Wrongly paraphrased: any trip to Italy should also include a visit to Tuscany to experience wine in the region.

Wrong paraphrasing involves copying of more than three words and not changing the original work more appropriately in your own words. Copying more than two words needs to be cited otherwise it will be alleged as plagiarism.

This is quite often happening when running out of ideas using the help of your own previous text is a good option rather than getting help of other sources. However, this counts in plagiarism as well when you copy your own text and don’t cite it properly. Yes, you have to cite your own text as well otherwise plagiarism will cause problems for your site or blogs.
This is referred to as plagiarism as the reader is not aware that the text he is reading is already published somewhere else as well. Different people having mixed opinions over this contested type of plagiarism whether considering it plagiarism or not. Whether copying partially or fully from your previous content doesn’t matter. Publishing the same content on different platforms of media or sites will ultimately cause self-plagiarism if not cited properly. It is often found in numerous writers in different fields.
According to Professor Paul Brian's opinion posted on the Internet Humanist Forum:
"Self-plagiarism or the recycling of old work in a new guise is also a theft, since the author leads the book-buyer to think that there is a new book of his in the market. The author is misleading his/her readers. Self-plagiarism is fraud, if not outright theft."

Citing a source is significantly important if using someone else’s work. Inaccurate citation also known as Error 404 plagiarism. The correct citation is to specify a source in a bibliography, using a text link or footnote. You might have gone through some pages that show Error 404.

Inaccurate citation means if a person refers to a null or inaccurate source that doesn’t even exist and this will contribute to plagiarism as well. If you have taken something from two different sources i.e. primary and secondary you have to cite both.

However not giving a link to the secondary source, plagiarism may still occur.

Students often get accused of this type of plagiarism even if they are not intended to do it, it will still affect their careers. This often happens due to not having the proper knowledge and unintended paraphrasing can lead them to plagiarism.

Institutions should take measures to avoid this kind of plagiarism as most of the times students are found doing accidental plagiarism as compared to other writers.